Argenteuil – Here a World of Romance and Religion Awaits 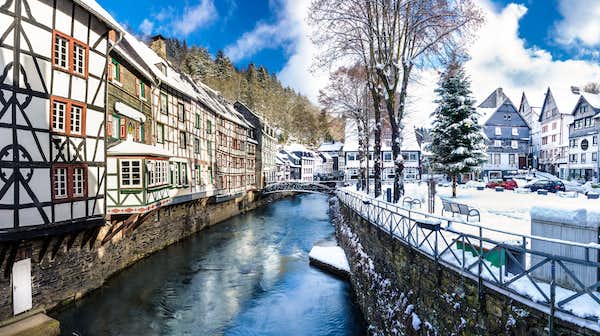 Argenteuil is a city that you can discover as you take a course by the river Seine. That is what I did with some local friends and came across this quaint commune in France.

It is one of the Impressionist centers that house many works of Claude Monet. I also discovered that the region was originally farmlands and a center of viticulture. Later on, it became industrialized, in the nineteenth century. Its history dates back to Gallo-Roman times. The tunic of Argenteuil which was originally sent to Charlemagne by Empress Irene is considered to be Jesus Christ’s tunic as per legends.

This is one of the first historic sites we visited which dates as far back as 10th century. It is little wonder that you will find it listed among the Historic Monuments of the region. I found the Benedictine abbey beautiful to explore, its primitive architecture and settings. The guide books state that architecture is a reflection of the classic and Romanesque styles. There are burial grounds here as well. You will also like the covered walk of Deserts that showcases burials dating back to the Neolithic era.

If you have come here with your family, ensure that you visit this place as it is an educational stop for this city’s history. The building itself was a hospital that dates back to the 18th century. You can spend your time here admiring different paintings and drawings that reflect the history and culture of this commune.

I discovered that Argenteuil’s historic highlight is all about the famed tunic of Jesus Christ and that is what you find here. The latter is placed in an altar with lava dating particulars mentioned. This religious building also finds mention among the historic monuments of the region.

I would recommend that you walk through the city and enjoy its cultural and romantic air. You will also discover here the house of the artist Claude Monet from where you get breathtaking views of the nearby city of Paris.